Why do Arabs dream of leaving their homelands?

High unemployment rates, oppressive regimes and a desire for better education are some of the reasons cited by Arabs who express a desire to leave their countries.

The Arab world has seen a lot of its youth move in search of better opportunities for employment, freedom of expression, in addition to escaping from social and cultural norms they find oppressive.

According to an August 2019 poll by the Arab Barometer company, titled “Youth in Middle East and North Africa,” the daily living situation in the region is far from ideal.

Noting that youth between the ages of 15 to 29 comprise about 30 percent of the Middle East and North Africa (MENA) countries, the Arab Barometer finds a significant number of them dissatisfied with their economic prospects.

They are also not happy with the education system. Moreover, “less than half say the right to freedom of expression is guaranteed”. Then there’s the high unemployment rates and widespread corruption.

This is why, Arab Barometer suggests, youth in the MENA region are more likely to consider emigrating from their country than older residents. The preferred destinations are varied, including Europe, North America, or the Gulf Cooperation Council (GCC) countries.

Another survey by Arab Barometer, titled “Migration in the Middle East and North Africa,” published in June 2019, notes that across the region, “roughly one-in-three citizens are considering emigrating from their homeland.”

The surveys were conducted with more than 27,000 respondents in the MENA region between September 2018 and May 2019 in face-to-face interviews.

According to the Arab Barometer’s findings, there had been a decrease in people considering emigrating from 2006 to 2016. Yet since 2016, the trend is no longer in decline but has shown an increase “across the region as a whole.”

The Arab Barometer finds that citizens are “more likely to want to leave” if they are young, well educated and male. The survey has found more than half of respondents between the ages of 18 and 29 in five of the 11 countries surveyed want to leave.

As for the desired destination countries, they vary according to the homeland of potential migrants. Among those living in the Maghreb countries of Algeria, Morocco and Tunisia, Europe is the favoured destination.

Whereas migrants from Egypt, Yemen and Sudan point towards Gulf Cooperation Council (GCC) countries. The survey has also found that those from Jordan or Lebanon prefer North America, notably the US or Canada.

The survey also notes that while most would only depart if they had the proper paperwork, young males with lower levels of education who may not see a positive future in their homeland have said they would be willing to migrate illegally, “including roughly four-in-ten in six of the 11 countries surveyed.”

In a blog post for Unesco’s Youth Employment in the Mediterranean (YEM) published in January 2020, Sabrina Ferraz Guarino observes that “Migration is a coping mechanism based on the assumption that moving to another country is the best and most efficient investment for their own and one’s family future” and that improving people’s lives in their home countries will likely result in less desire to migrate.

She adds: “Viewing this together with the share of the youth that is not in education, employment or training (NEET), reveals how the challenges of youth employment remain self-compounding. The youth NEET rates tally around 14% in Lebanon and 21% for Algeria, but progressively increase across Tunisia (25%), Jordan (28%), Morocco (28%), and Palestine (33%).”

In its MENA report published in October 2019, the World Bank says growth rates across the region are rising but are still below “what is needed to create more jobs for the region’s fast-growing working-age population.” 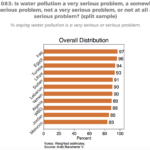