Issues related to water, including pollution and scarcity, are key concerns in the Arab world, according to a study that canvassed the views of more than 26,000 people in a dozen nations.

The Arab Barometer research by Princeton University found that while climate change was a worry for the region’s public, issues with a more immediate day-to-day impact tended to have a higher priority.

A report outlining the survey, titled “Views on the Environment and Climate Change in the Middle East and North Africa”, has been released before the start of the Cop27 summit in Sharm El Sheikh, Egypt.

When asked what the biggest environmental challenge facing their country was, respondents in all nations ranked water issues (including pollution of drinking water, pollution of waterways and lack of water sources) higher than other concerns, with between 32 and 59 per cent of respondents highlighting them as their biggest concern.

As The National reported in July, temperatures across the Middle East are forecast to rise by 5ºC this century, which would prove catastrophic for food production and make parts of the region uninhabitable… 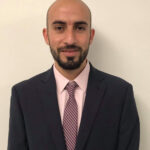