Unpacking Perceptions and Attitudes: Arabs on the Economy, Women’s Leadership and Youth 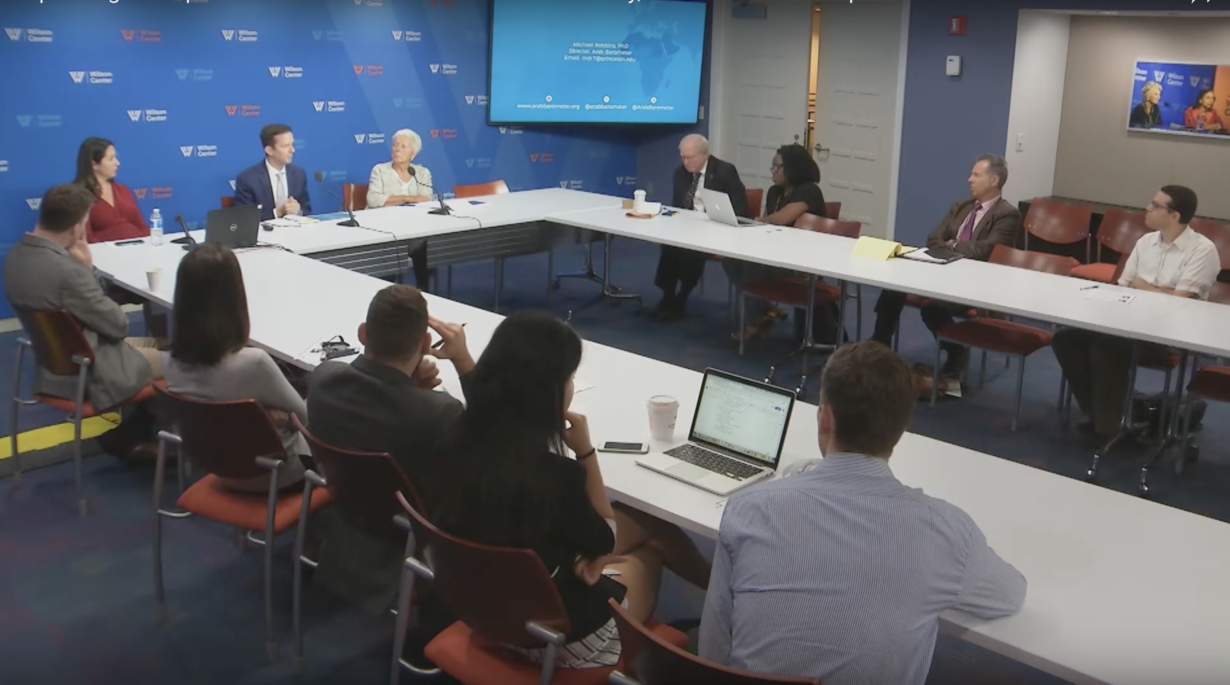 On September 19th, the Wilson Center  hosted a panel discussion of the Arab Barometer’s 2019 Surveys of the Arab world focused on perceptions and attitudes towards the economy, women’s leadership and youth.

The Arab Barometer, a nonpartisan research network that provides insights into the social, political, and economic attitudes and values of ordinary citizens across the Arab world, has been conducting rigorous, and nationally representative face-to-face public opinion surveys on probability samples of the regional adult populations since 2006. This year, the Arab Barometer has conducted 50 national surveys over five waves including more than 70,000 interviews in 15 Arab countries.