Over the last year a number of peaceful protests have been met with violence by authorities across the Middle East and North Africa. However, even before the most recent protests, evidence suggests that citizens across MENA enjoyed far fewer basic rights than in the years following the Arab uprisings of 2011.  Results from Arab Barometer make clear that the degree to which citizens say their basic rights are guaranteed across the region has dropped precipitously since 2016. This alarming decline reflects a changing regional environment that has seen a significant retrenchment of the rights to freedom of speech, freedom of assembly, and freedom of association.

Freedom of speech is perhaps the most basic political right and one that is often curtailed by political leaders.  Across the region, the percentage of citizens who say that this right is guaranteed to a great or medium extent has declined by 20 points since 2016, falling from 63 percent to 43 percent.  Drops are found in countries across the region, including by 25 points in Lebanon, 19 points in Morocco, and 12 points in Egypt. Across all countries surveyed, Tunisians are, perhaps unsurprisingly, most likely to say they are guaranteed the right to free speech (66 percent), but this percentage has still fallen since 2016 (- 6 points). 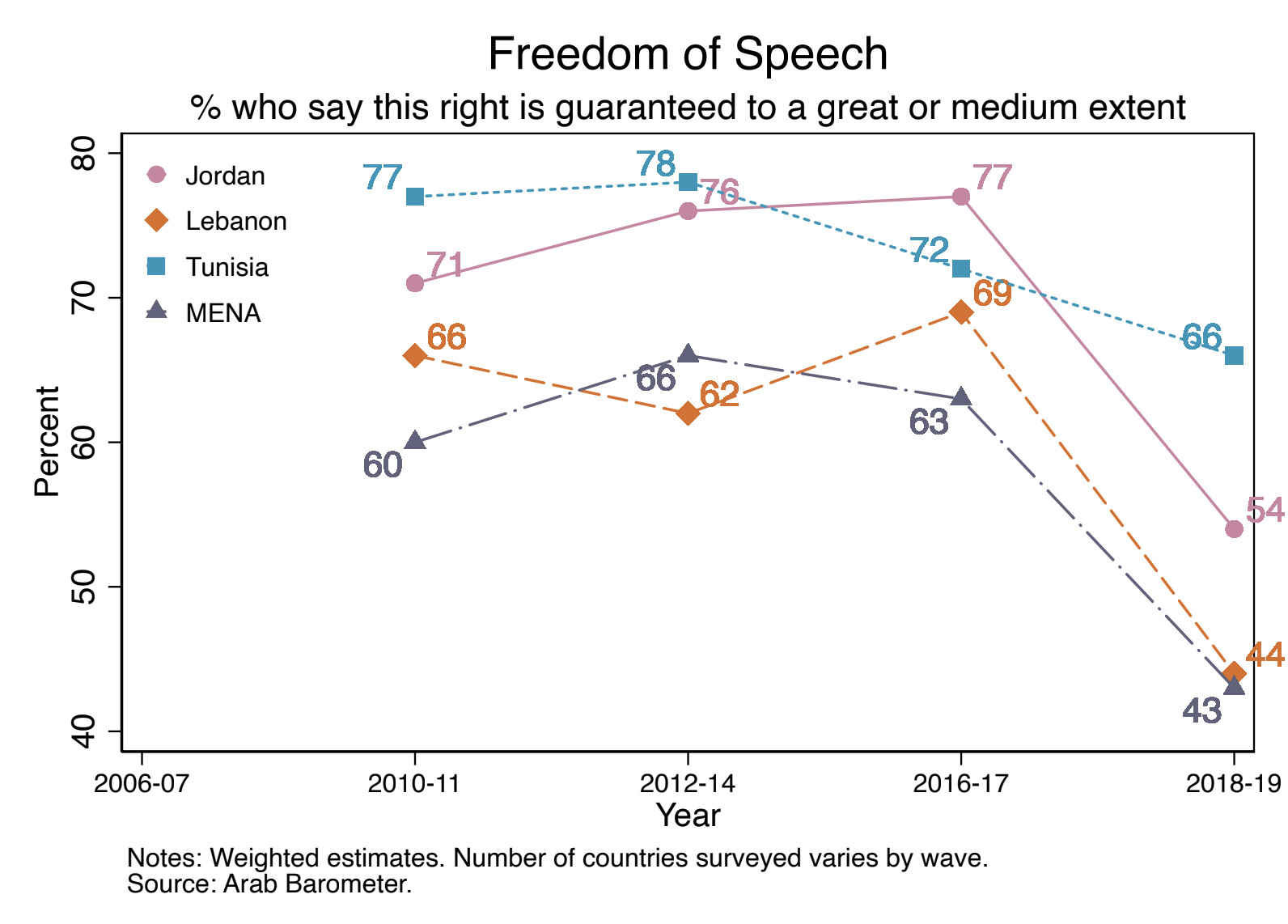 A similar drop is found in the right of freedom to demonstrate peacefully.  Across MENA, the percentage who say that they enjoy this right has fallen by 15 points since 2016 from 50 percent to just 35 percent.  This is especially true in Lebanon where the percentage saying this right was guaranteed to a great or medium extent fell by 33 points, while significant declines also occurred in countries like Egypt (-12 points), Jordan (-11 points), and Morocco (-11 points).  Again, Tunisians are the most likely to say they have this right (48 percent), although the percentage has fallen by 17 points since 2016. 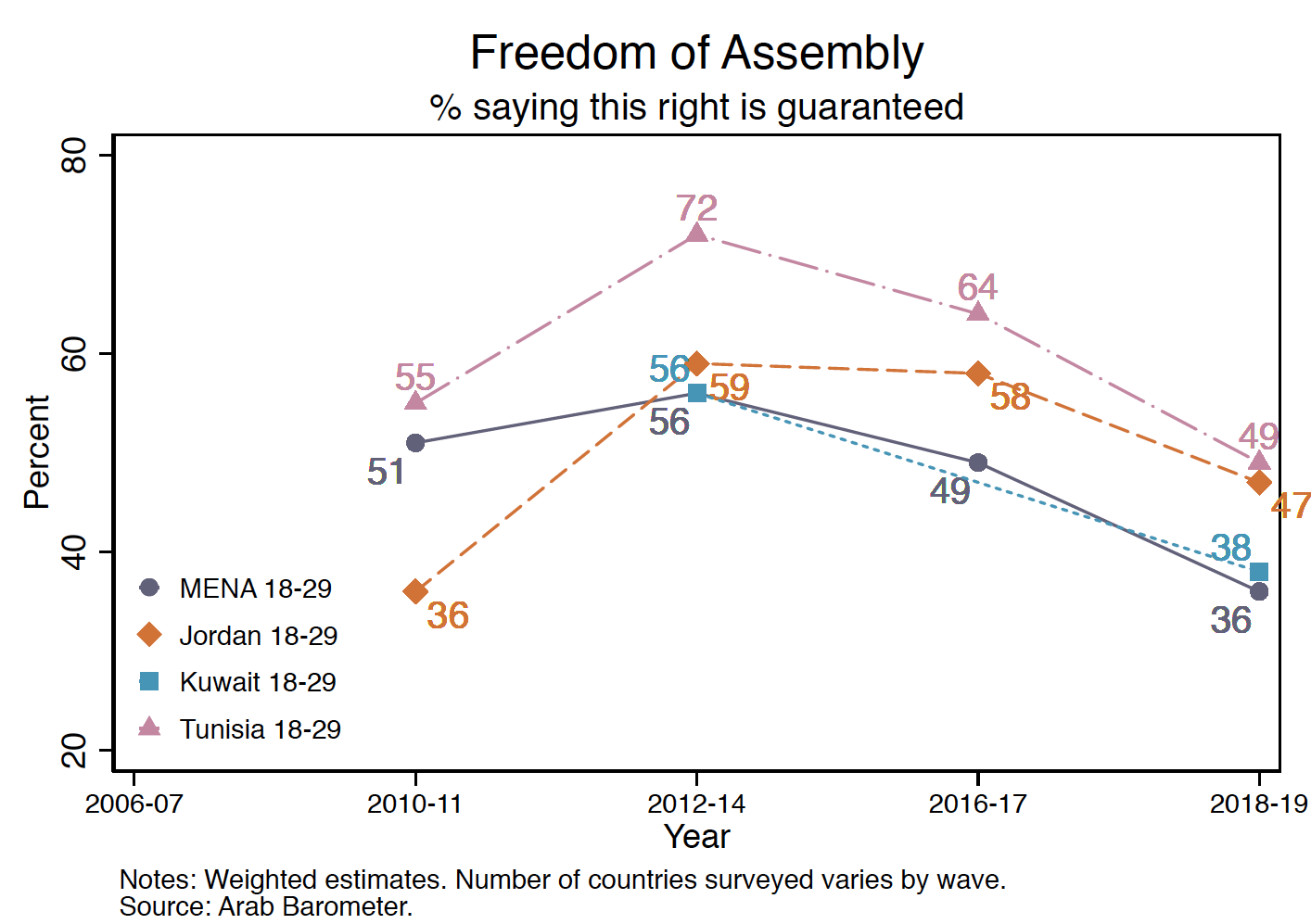 Citizens across MENA also indicate that their ability to join civil society organizations has declined, receding from 64 in 2016 percent to 48 percent in the most recent wave of surveys. Declines are found in most countries surveyed, including 38 points in Lebanon, 27 points in Morocco, and 16 points in Jordan. Even Tunisia, the most democratic country in MENA, saw a 12-point drop during this period to just 50 percent.

These dramatic changes in the degree to which basic rights are afforded to citizens is undoubtedly part of the broader wave of anger that is found across MENA today. Citizens lacking basic human rights do not feel that their dignity is respected by their governments leading them to demand more drastic changes. The reversal of gains made in the early 2010s across the region has been common, even in more open countries like Lebanon, Jordan, and Tunisia.  Countries across the region would be better served by increasing citizens’ capacity to voice their demands to the government through ensuring freedom of speech, freedom of assembly, and freedom of association are guaranteed. Without such changes, the wave of anger is unlikely to dissipate in the years to come.