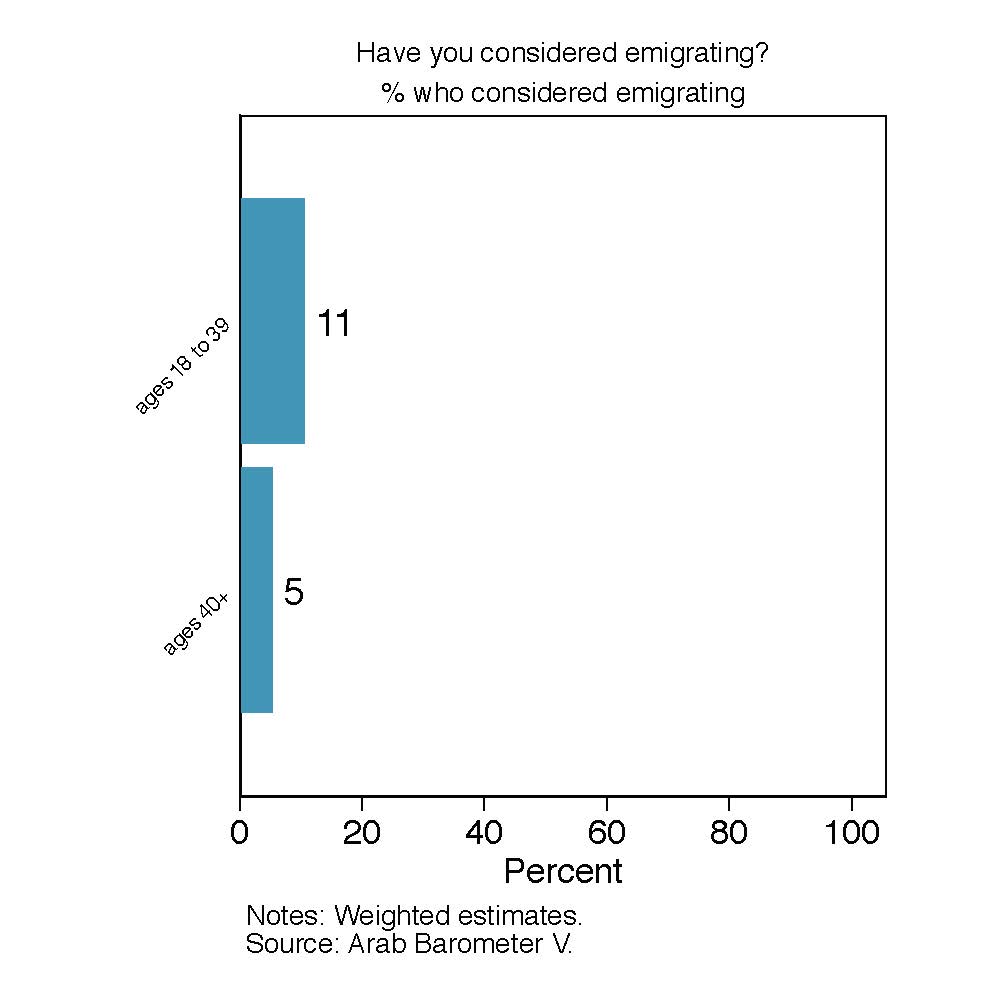 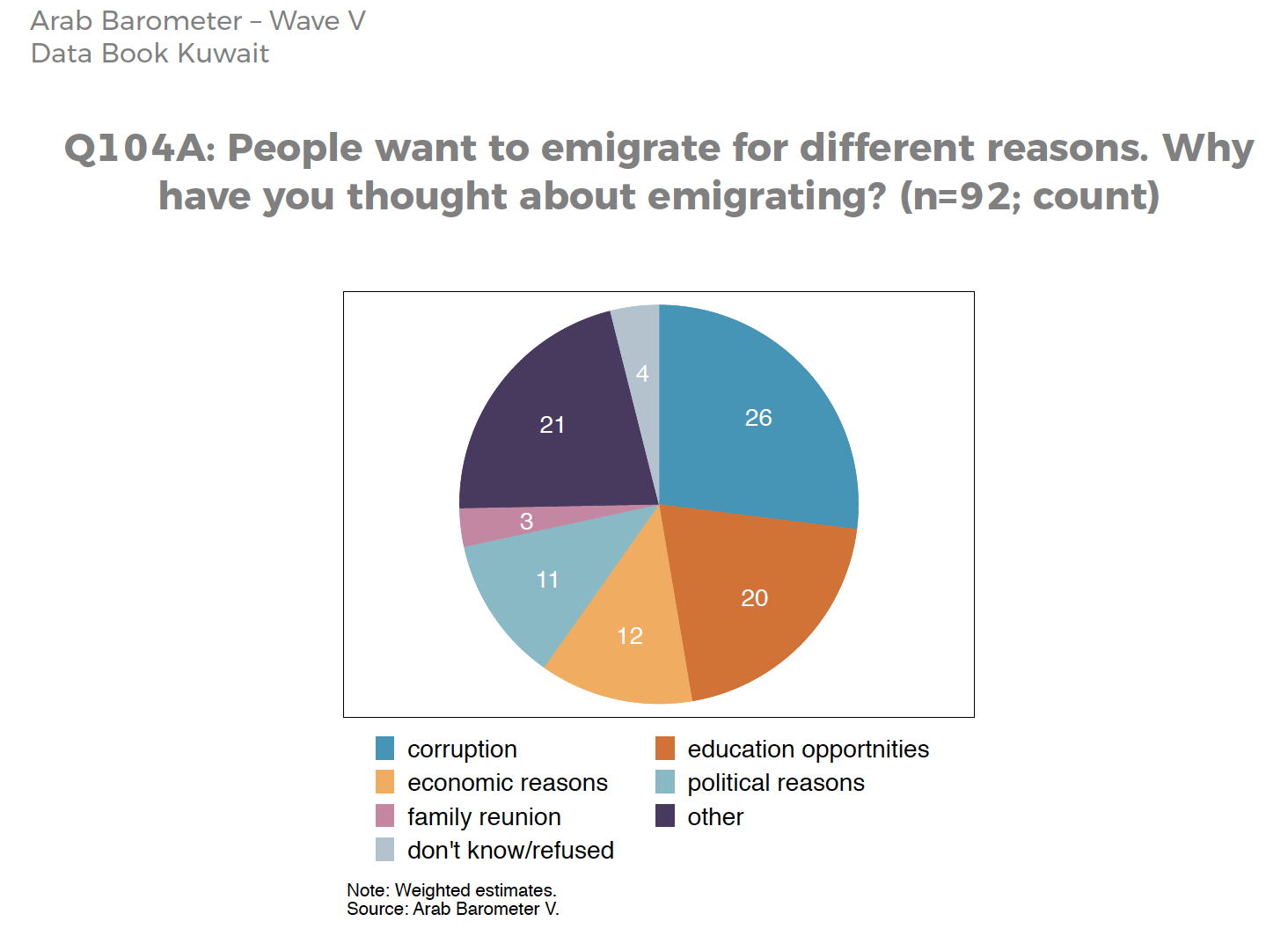 These are among the key findings on migration from a nationally representative public opinion survey conducted in Kuwait by the Arab Barometer from 22 April to 11 June 2019. The survey conducted 1,374 face-to-face interviews in the respondent’s place of residence. It has a margin of error of ±3% and a cooperation rate of 41%.