Who Desires to Migrate from MENA? 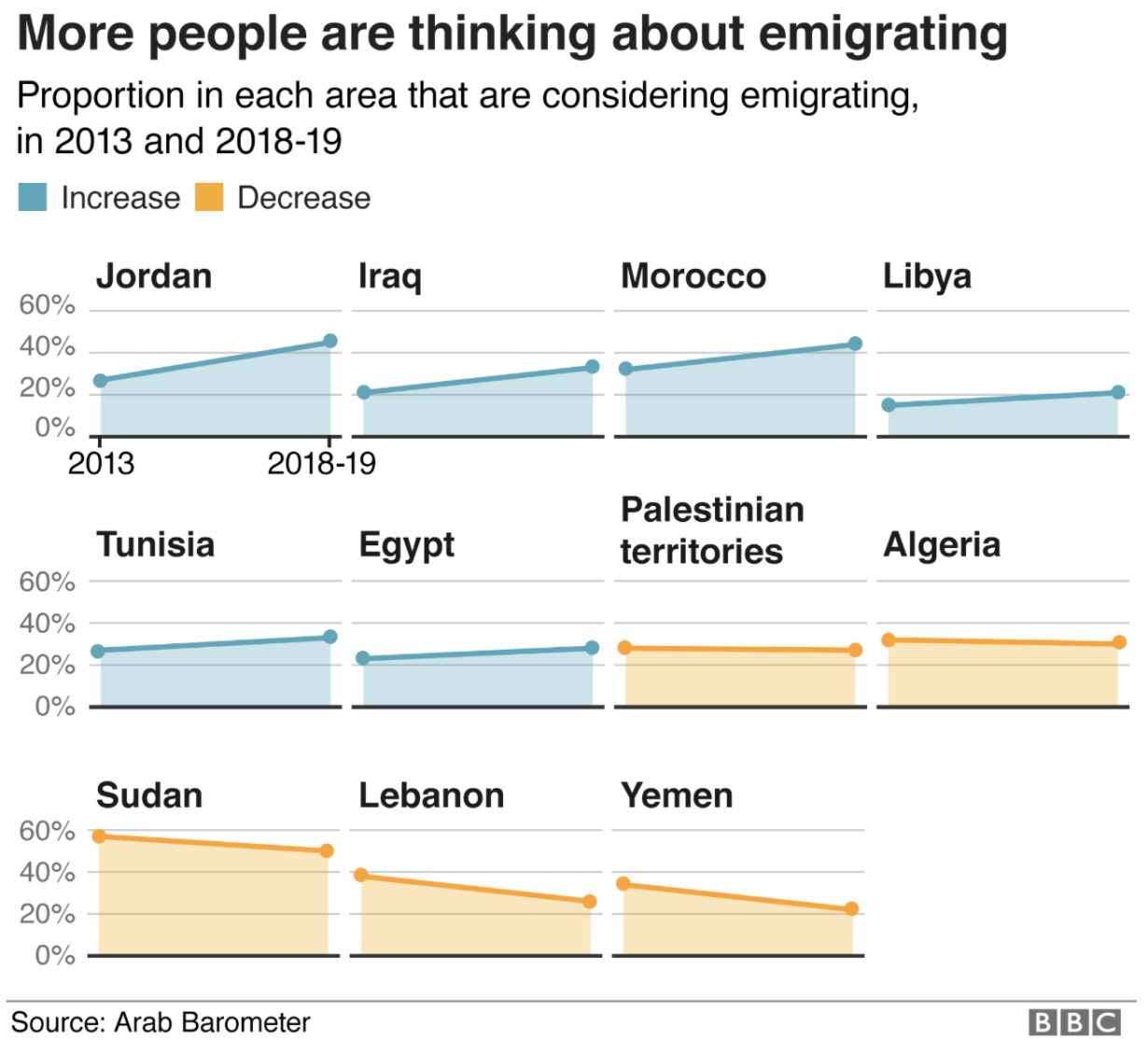 Desire to Migrate Increasing Among MENA Citizens. MENA Citizens have an increased desire to migrate, which can be attributed to increasing political and economic instability throughout the MENA region following the Arab Spring. The Syrian Civil War, the Libyan Revolution, the emergence of ISIS, the civil war in Yemen, lack of economic opportunities for youth have all created increased stability that motivates MENA citizens to migrate. However, political instability and even harsh conditions of war and economic hardship are not necessarily always linked to the desire to migrate. Citizens in the Sudan and Jordan are most likely to report wanting to leave their countries, with almost half indicating a desire to migrate compared to Lebanese and Yemeni citizens, who are about half as likely to report an interest in migration.

Most citizens cite a desire for increased economic opportunities as the reason for wanting to migrate, with youth expressing more interest in migration than older individuals. Higher educated citizens are also more likely to indicate a desire to migrate when compared to those with only a secondary education or less.

Moreover, large numbers of MENA citizens say they would consider leaving their countries without papers. 4 in 10 citizens of Algerians Sudanese and Tunisians say they would leave without proper documentation, compared to relatively fewer Egyptians, Jordanians and Lebanese. 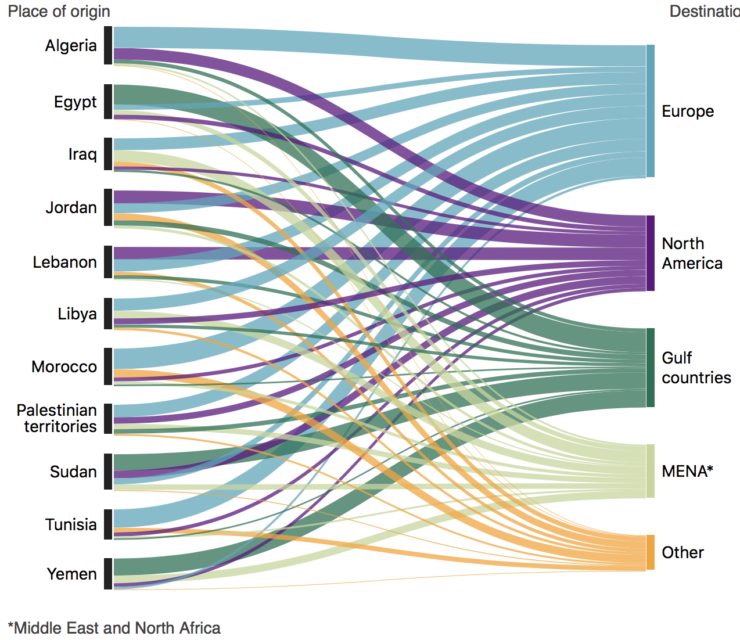