No Arab Bourgeoisie, No Democracy? The Entrepreneurial Middle Class and Democratic Attitudes since the Arab Spring

This study examines the democratic attitudes of the Arab world’s small business community before and after the start of the Arab Spring. We begin by analyzing the results from three waves of the Arab Barometer surveys (2006–2009, 2010–2011, and 2012–2014). All together, these datasets comprise more than 34,000 individuals, which include 3,075 small business owners across fourteen Arab countries. Our analysis generates a number of novel findings. First, we observe that small business owners became more pro-democratic on average after the start of the Arab Spring. This support, however, varies according to the degree of upheaval in an owner’s country of residence. Small business owners in countries that saw intense political upheaval tend to hold more anti-democratic attitudes than owners in more stable countries. In these chaotic environments, small business owners were more likely to experience theft, job loss, or economic disruptions, and appear to be more skeptical of democracy than other occupational groups such as large firm owners or white-collar professionals. 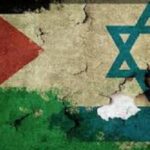