Tunisia’s democracy in the balance after president’s power grab

Tunisia’s decade-old democracy hangs in the balance after President Kais Saied removed the prime minister and suspended Parliament on Sunday.

Why it matters: Tunisia was the lone democracy to emerge from the Arab Spring. It remains the only democracy in the Arab world. But the country’s politics have been deadlocked amid an economic crisis and its worst COVID-19 wave, leading to weeks of anti-government protests.

Driving the news: Saied invoked a constitutional provision to claim emergency powers for the next 30 days and to dismiss Prime Minister Hichem Mechichi, after a months-long power struggle.

Between the lines: The initial reactions on the streets of Tunis seemed to be of jubilation, a sign of just how deep the frustration with the government had grown.

The backstory: Saied, a political newcomer and constitutional law professor who won a shock election in 2019, has positioned himself as an outsider — a famously uncharismatic alternative to slicker political operators in Tunis, said Intissar Fakir, director of the Middle East Institute’s North Africa and Sahel program.

Yes, but: He had also been setting the stage for a power grab, said Sarah Yerkes, a Tunisia expert at the Carnegie Endowment. The protests provided “a good moment to take what could have been a very risky action.” 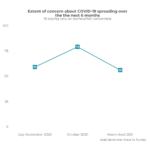 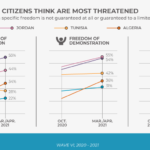 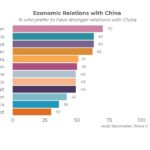