Jordan and the U.K. are set to renew security cooperation with a new three-year phase of U.K. support to the Public Security Directorate (PSD) and the Gendarmerie. The support is likely to exceed £10 million. Based on prior programming and the U.K.’s priorities for the region, support areas will likely include counterterrorism, public order management, and core policing. When the U.K. has chosen its preferred implementing organization, it will bring its proposals to the Government of Jordan to agree on a shared design. As part of this design process, it is crucial to carry out a national security assessment as an evidence base for adequately balancing the support lines given to the Jordanian security sector.

However, even prior to a national security assessment, considering Jordan’s dire economic situation, the first question in a must be whether U.K. support to the Jordanian security sector is a strategic choice. Popular concerns among Jordanians focus overwhelmingly on the economy. The recent Arab Barometer V reflects that over two-thirds of Jordanians consider the economy the most significant national challenge. The uptick in demonstrations protesting the situation since February reflects a growing antagonism. By contrast, terrorism is only a priority for 2 percent. Conversely, Jordanians are very satisfied with their police. Ninety percent of Jordanian has a “great deal” or “quite a lot” of trust in the police—second only to the army and superior to all other government and non-government institutions…. 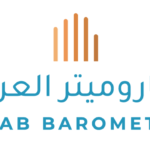