Tessler’s new book, Social Science Research in the Arab World and Beyond: A Guide for Students, Instructors, and Researchers, has been released by Springer Publishers in its Sociology series; and Qatar University Press has translated the book and is publishing the Arabic edition. Tessler has insisted, and both publishers readily agreed, that the book be available online and open access. The Arabic edition will be formally launched in January at the Doha International Book Fair, one of the largest annual book fairs in the Arab region.

The 180-page volume provides an overview of disciplinary social science research in the Arab world, with emphasis on causal inference and an approach to social inquiry that is sometimes described as theory-driven and data-based. Covering hypothesis formation and research design as well as measurement and data analysis, it situates social science concepts and methods in the social and political environment of the Arab world. It incorporates examples of research in Arab societies and includes exercises using publicly available data from the Arab Barometer public opinion research project. The book provides a foundation that is relevant to social scientists who study the Arab region and especially, Tessler believes, to Arab scholars who conduct social science research… 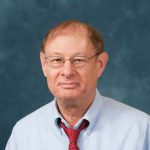