What Arabs Think About Education During The COVID-19 Pandemic

On the occasion of the International Day of Education on January 24th, we would like to share nine key findings on what MENA citizens think about education in their countries. This data is based on our most recent sixth wave of surveys that was conducted in seven Arab countries during the COVID-19 pandemic, between July 2020 and April 2021. 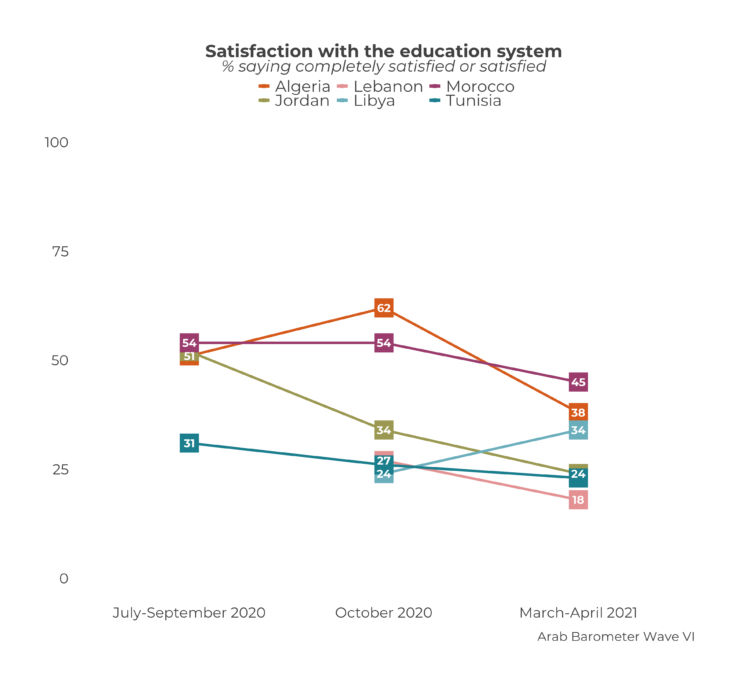 2- More than a three quarters of the population (92 percent in Jordan) in all countries surveyed said that the Covid-19 pandemic extremely or moderately impacted their children’s education. 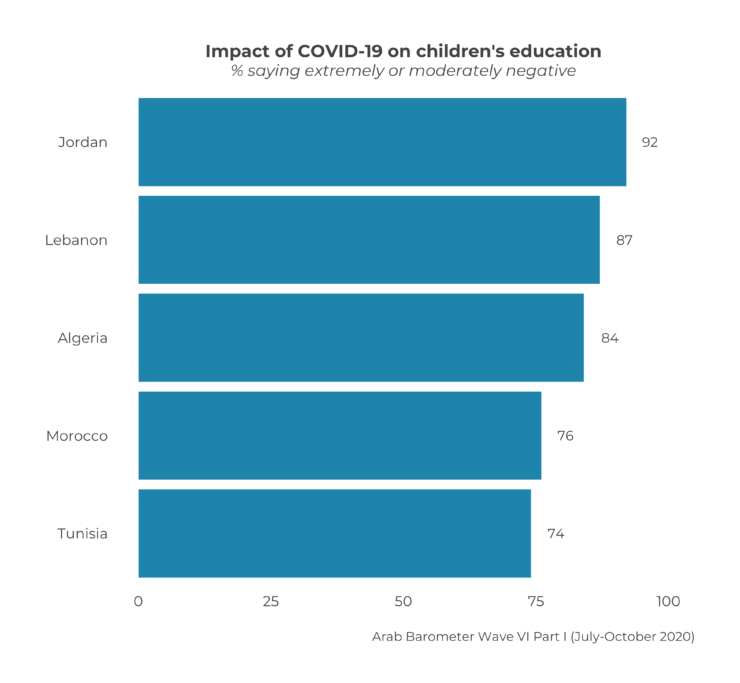 3- A sizable minority in all MENA countries surveyed said that the disruption of their children’s education was the biggest or second biggest challenge caused by COVID-19.

4- Education is citizens’ first or second preference as a top priority for government spending in all MENA countries surveyed. 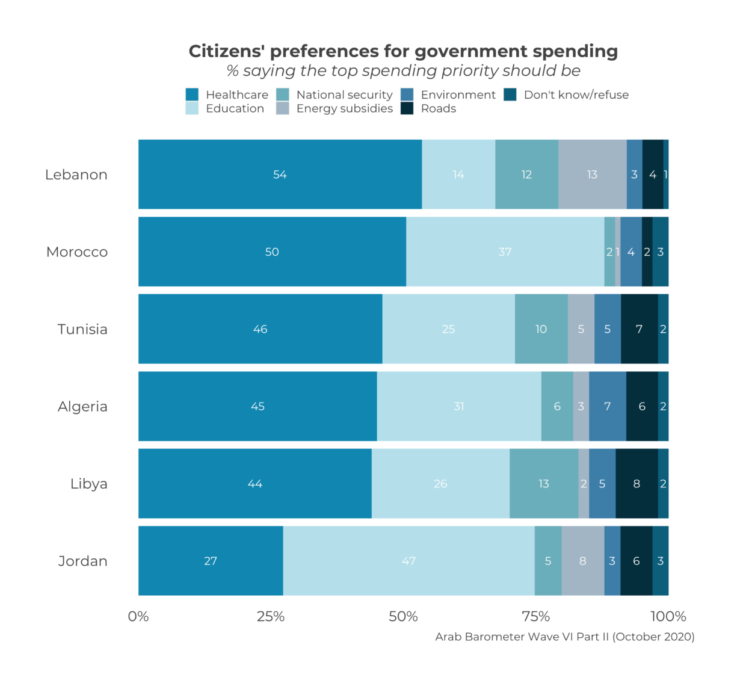 5- When asked about the main action to improve economic conditions, a minority of MENA citizens said reforming the education system. 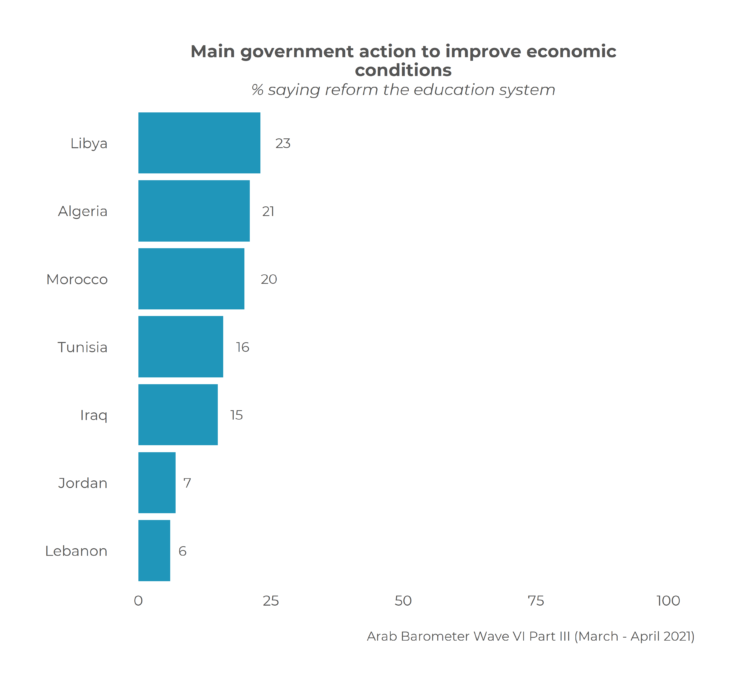 6- Among those who want to emigrate, two-in-ten citizens or less in all countries surveyed said they want to emigrate for educational opportunities for them or their family members. 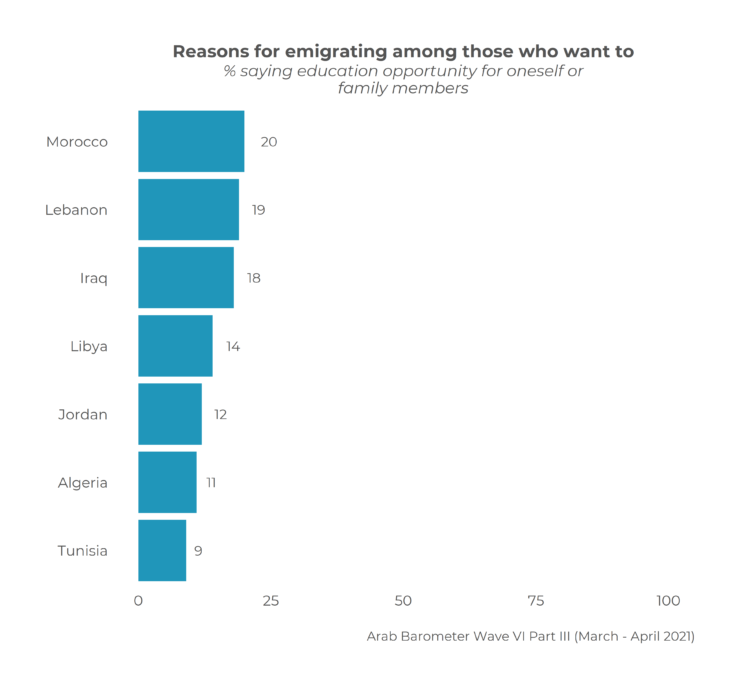 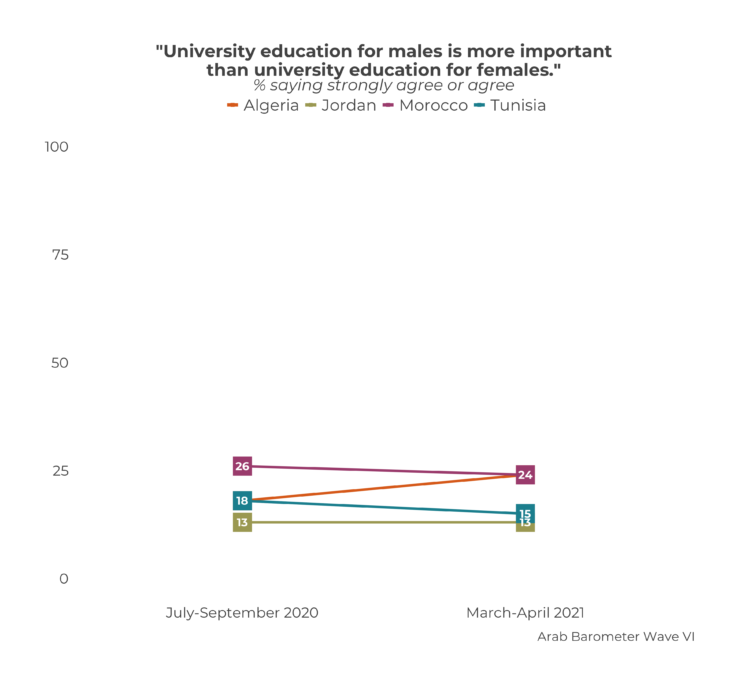 8- More than half of citizens in five out of seven Arab countries surveyed support coeducational primary and secondary education. Tunisia ranks highest in support of coeducational learning (78%), while Jordan ranks lowest (16%). 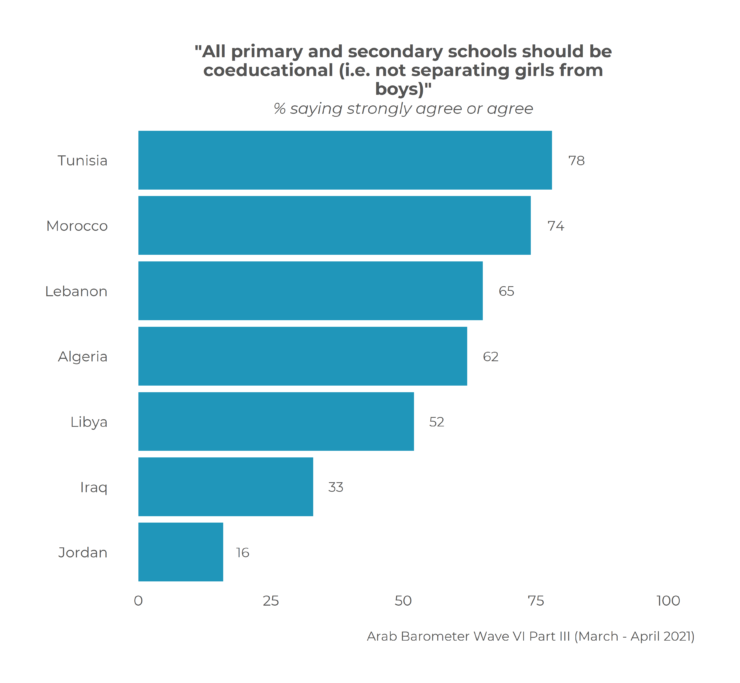 9- Sizable minorities in six out of seven countries surveyed said that improving education is their preferred area for foreign aid to their country. 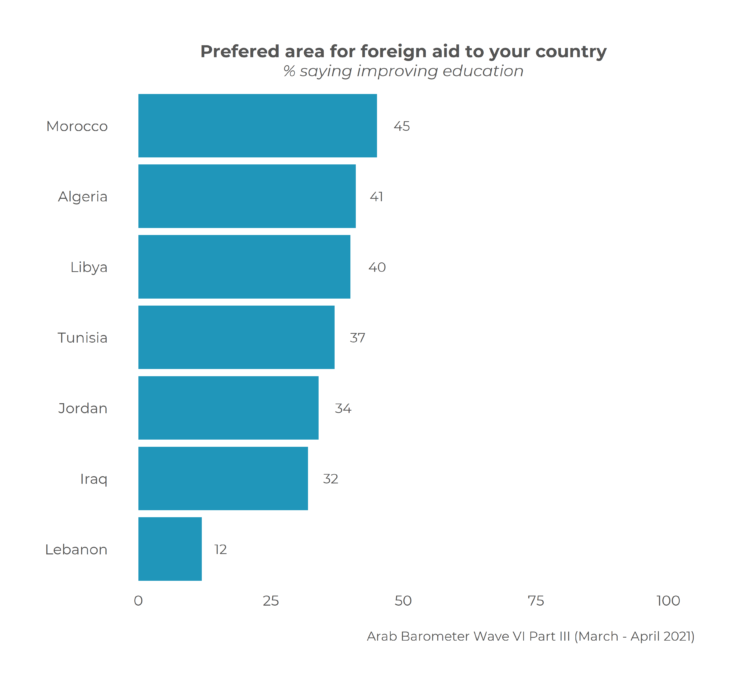