Fact Sheet: Are Arab Citizens Satisfied With The Education System?

In the fifth and latest wave of the Arab Barometer, we asked over 25,000 citizens throughout the Middle East and North Africa to evaluate their satisfaction level with the education system in their country, and to report on their perception of corruption — in particular, the perceived need to pay a bribe to access better educational services.

The following factsheet sets out some of the main findings and links to wider information where it is available.

EVALUATION OF THE EDUCATION SYSTEM 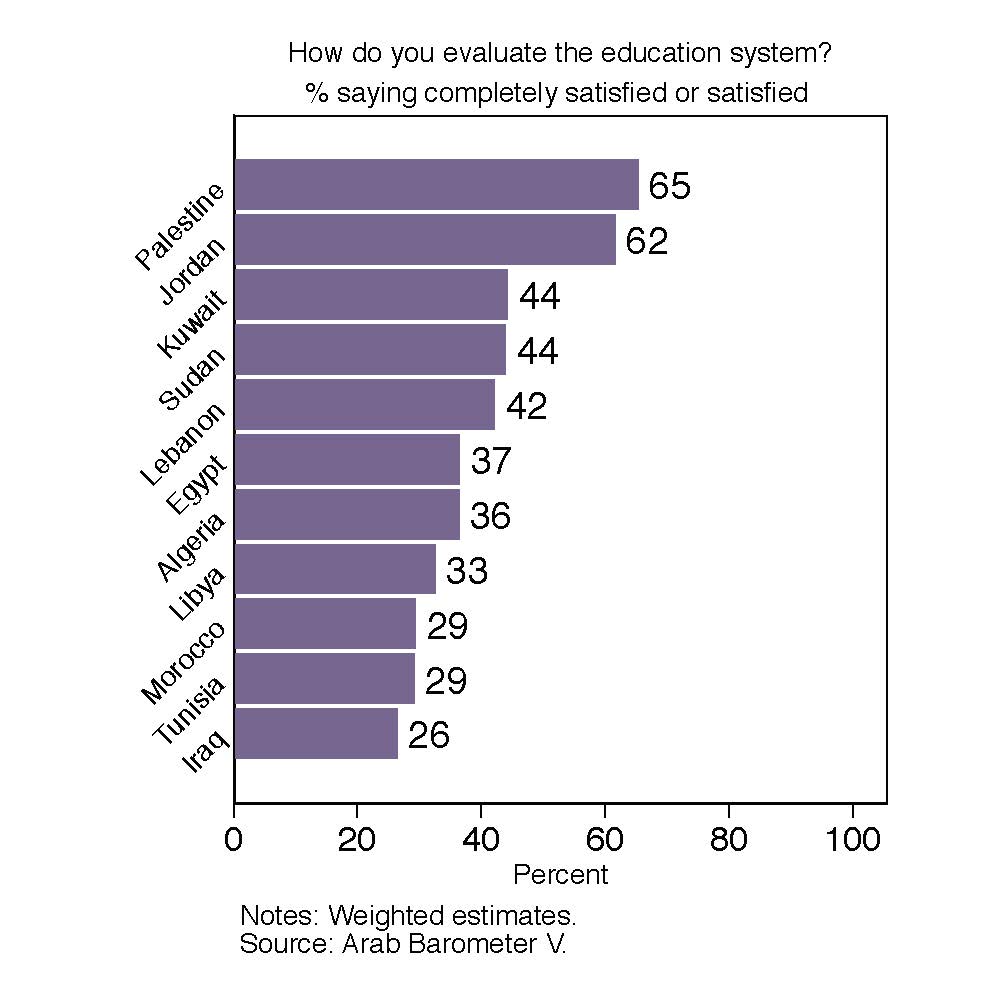 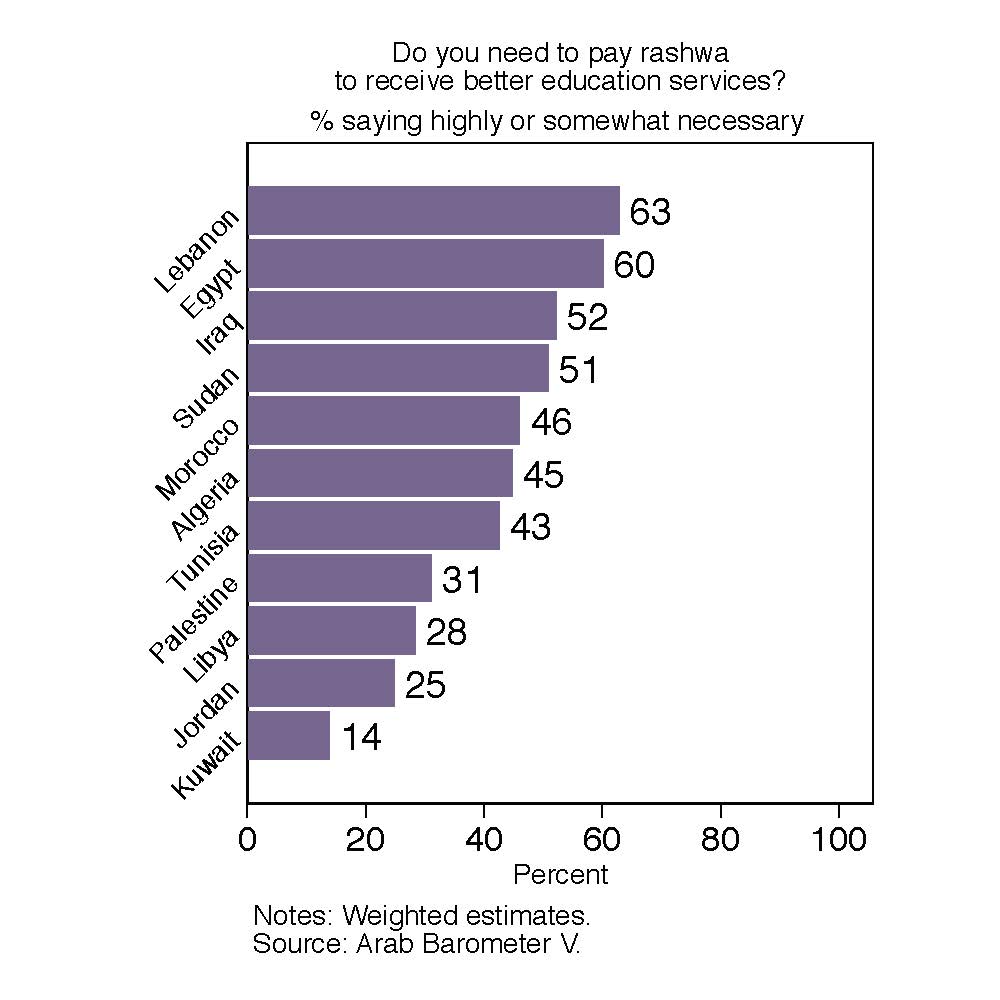 To further explore our data on this topic, we invite you to use our online data analysis tool.

*Data findings and graph in the “perceived corruption in education” section of this factsheet have been updated.