Why do Arabs trust the military?

Do people tend to trust non-corrupt and transparent institutions more than others in the Arab region? The logic says so, but the findings show the opposite.

For instance, in Egypt in 2018, 57% of Egyptian respondents said that they have a high level of trust in the army, while 27.3% had quite a lot of trust in their armed forces. Strikingly, 48% of respondents who said that they have a great level of trust in the army believe that corruption in the country is extreme. The majority of the surveyed people tended to believe that there is corruption to a large extent at the national level (formal institutions): 74% of Iraqis, 59% of Lebanese, 77% of Libyans, 42% of Moroccans, 46% of Sudanese, 74% of Tunisians and 33% of Yemenis… 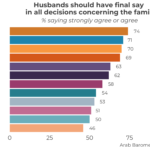 Do urban Arabs support gender equality to a greater extent than rural Arabs do? 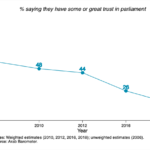 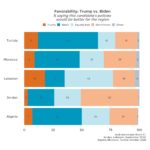 Arabs Do Not Support A Second Trump Victory