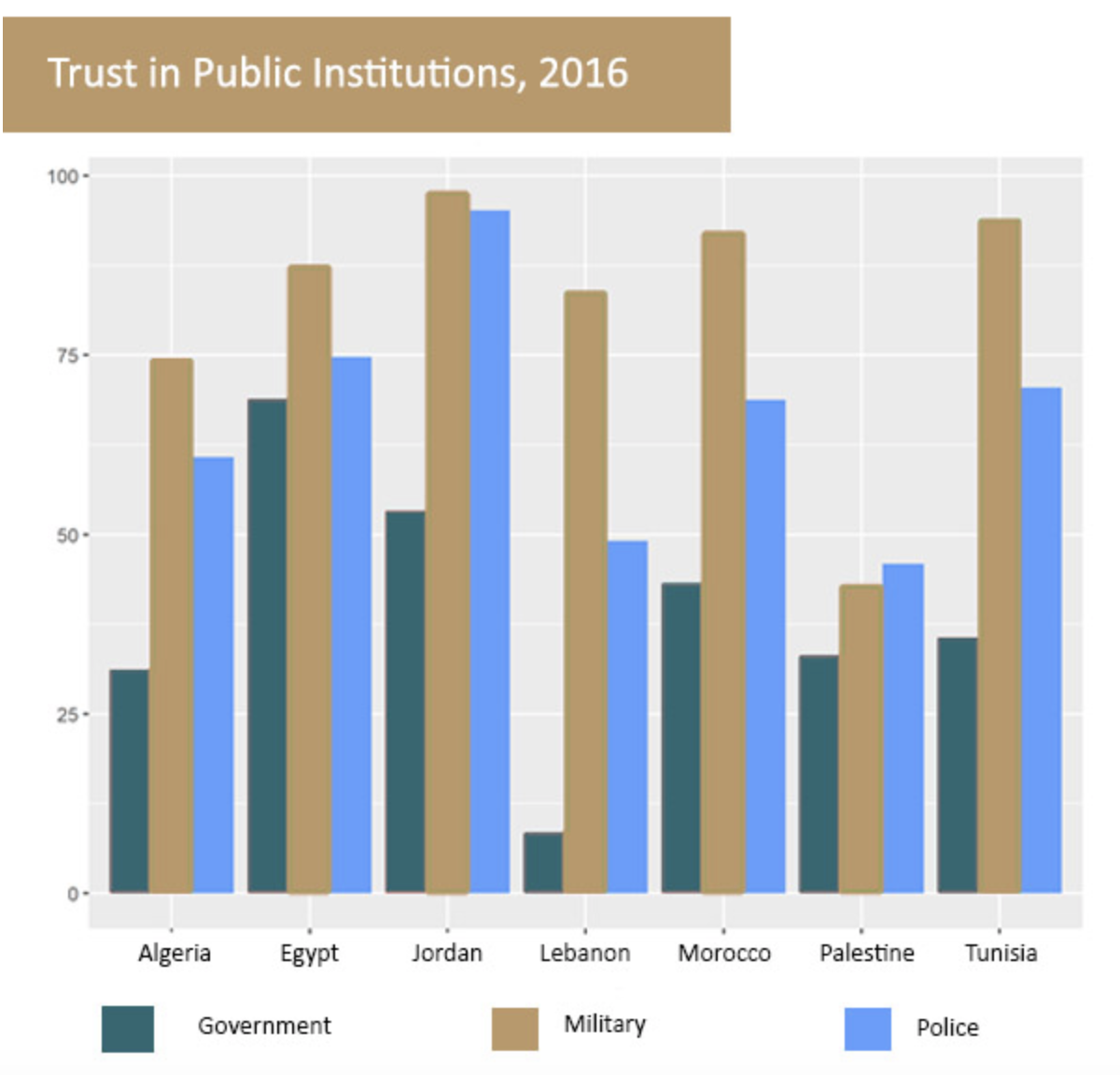 Recent wars in Iraq, Libya, Syria, and Yemen have helped push regional defense spending—already the highest in the world—to new heights. Led by the oil-rich monarchies of the Persian Gulf, enormous new weapons acquisitions pushed military spending in the Middle East to 6 percent of GDP in 2016, compared to the global average of just 2.2 percent. While the military’s strong fiscal health is a positive sign in the fight against terrorism, it has also contributed to unprecedented public trust in military institutions, reaching 81 percent in 2016 according to the the Arab Barometer. By contrast, trust in civilian governments continues to decline—from 54 percent in 2010 to 38 percent in 2016—creating a trust gap that threatens the region’s delicate civil–military balance.

Arab Barometer data demonstrate how this trust gap has widened since the regional upheaval of the Arab Spring. Since 2011, the survey instrument has asked respondents to record their level of trust in various public institutions, including the government, judiciary, parliament, police, political parties, armed forces, and civil society. In Wave IV of the survey, conducted in 2016–17, the military was the most trusted institution in virtually every country polled. The police were relatively less trusted, while the government was often the least trusted.