Could COVID-19 push Jordan to the edge?

Heading into the unknown

Despite the current positive reaction of the Jordanian people and their compliance with the restrictions aimed at saving lives, this momentary amity between the state and the people is unlikely to endure after the virus is contained. In the long run, the emerging economic challenges will likely result in further social unrest and greater popular anger. In 2018, the capital, Amman, witnessed massive protests over a controversial income tax bill that was desperately needed to raise revenues. These were followed by weekly protests over economic grievances that voiced anger against the ruling political elite.

According to the Arab Barometer survey, public trust in the government has fallen sharply in recent years, dropping from 72 percent in 2010 to 38 percent in 2018. Moreover, only 14 percent of Jordanians trust their main elected body, the Parliament. A recently published survey by the International Republican Institute revealed that 72 percent of Jordanians believe that the country is governed in the interest of the few, 66 percent believe that corruption exists “to a large extent” in state institutions, and 57 percent believe that Jordan is headed in the wrong direction…. 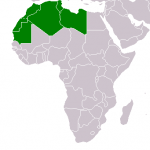